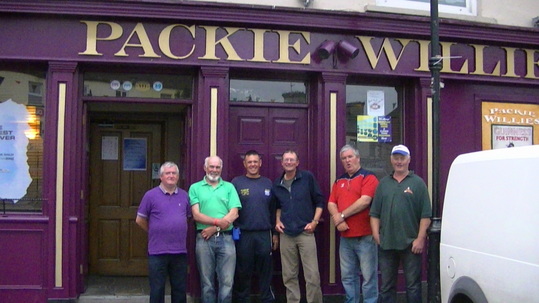 Another successful year for this popular festival attended by 40 anglers.  This year brought some new faces over from the UK and saw the return of others.  The banter was merry at the daily draw held at the Lennard Arms, Clones over breakfast, with everyone in good spirits providing a relaxed atmosphere for the match.

The five hour matches were held over four days from Friday 3rd August 2012 to Monday 6th August 2012.  Four venues were included allowing each angler the opportunity to fish them all; Annaghmakerrig, Drumate, Drumlona and Mullinary.

A prize fund of €4100 was paid out to participating anglers from the UK and Ireland with €50 euros for 5peg section winners, daily 1st to 3rd overall and the top five.  The Festival winner was Dave Slater with a total catch of 115lbs 13oz. Dave's best weights were from Drumate and Drumlona where he fished single and double maggot resulting in a magnificent 15 Tench to accompany his net of silver fish winning him the festival.

The Clones Coarse Anglers would like to thank the Lennard Arms, Packie Willies, Tyrone Guthrie Centre and local landowners for their continued contribution to the success of this festival.

Due to the popularity of the festival the organisers are seeking new venues to enable more anglers to fish in the Clones area.  If you have access to a suitable venue please contact Jody Foy on 047 52967.