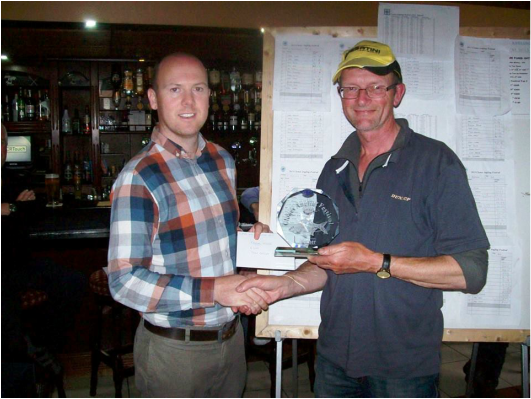 A consistent performance over the four days kept Enniskillen angler Tony Kersley at the top and the winner of the 2015 festival. Cootehill's Neil Mazurek's 34lb catch on the final day placed him runner-up. Very well done to Seamie Winters for the catch of the festival and a massive 42lbs 5oz net of roach and hybrids from Drumlona Lough.

The four days were unpredictable with the regular venues fishing very differently from usual. Annaghmakerrig, fished with the kind permission of the Tyrone Guthrie Centre produced lovely nets of small skimmers and some token bream, whilst Bairds Shore presented some fine bream on the final day.

It was great to see a number of new faces on the festival and large proportion of overseas anglers making the journey to take part. The Creighton Hotel as usual provided the hospitality along with bait storage and drying facilities and was the venue for the presentation when Donal McGuirk, Clones Coarse Anglers and Patrick McCarville, Creighton Hotel awarded the winners.

Clones Coarse Anglers would like to thank all those who took part, to the local landowners, Club member Jody Foy and Irish Bait and Tackle Limited who provided their on-site service for the anglers.