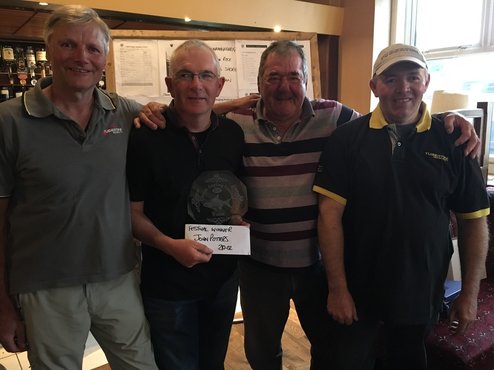 Bream delight for anglers at the 2016 Festival.

John Potters of Lisbellaw, Co. Fermanagh hooked onto a bream shoal on the first day of the competition with 36 fish for 163lbs and a likely match record weight this year. To his left was Mick Hare a festival regular who takes part during his annual two week holiday to Ireland from the North of England who was delighted with his 146lb catch, a personal best in Ireland. These first day weights were to be difficult to beat over the next few days but it made for some good competition for the top five places with the leaders eager to hold onto their positions.

The four day event is well attended by visiting anglers from England and this year saw 11 out of the 37 travel over for the competition on the prolific waters of County Monaghan fishing a variety of venues by daily rotation. The pole and feeder fishing venues included Corkeeran, Bairds Shore and Bream Rock on the Dromore system and by special permission from the Tyrone Guthrie centre the beautiful Annaghmekerrig Lake at Newbliss. The Creighton Hotel in Clones was the base for the anglers where bait from Irish Bait and Tackle Limited was available to buy on site as the competitors made their daily draw returning each and returned to check out the results.