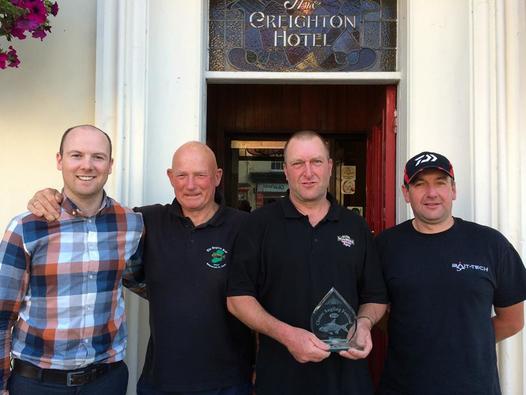 Our popular festival took place over the August Bank Holiday weekend. The weather was changeable and the fishing unpredictable but overall good. The 38 anglers fished in rotation for the four days on Mullinary, Drumlona, Annaghmekerrig and Bairds Shore. Bairds provided some nice tench catches.

Congratulations to the top five and the winner Andy Chapman. Andy is a regular to the Clones Festival having won it back in the late 90's.

This festival has been running for almost 20 years and is able to do so due to the work put it by Clones Coarse Anglers, the landowners some of whom even go out and prepare the swims for us and the Creighton Hotel who provide a great venue for the draw.

We thank every one who took part but in particular those anglers who make the journey each year from the UK to compete.